Cenote Ik-Kil is located at a close distance to the Mayan ruins of Chichen Itza, on the highway to Valladolid.

It is arguably one of the most beautiful cenotes of Mexico.

In order to reach the water you have to climb down 26 meters.

The water is 40 meters deep while its diameter is 60 meters.

Compared to other cenotes found in Mexico, Ik Kil has many facilities for visitors including a restaurant on site and even cottages where one can spend a few relaxing days.

The waters of Ik Kil were considered sacred by the Mayans who performed here human sacrificing to their rain god.

Bones and jewelries were found in the deep waters of this cenote by archaeologists and speleologists. 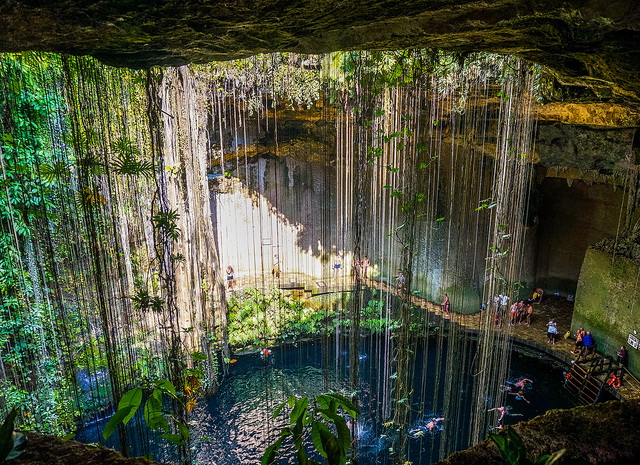 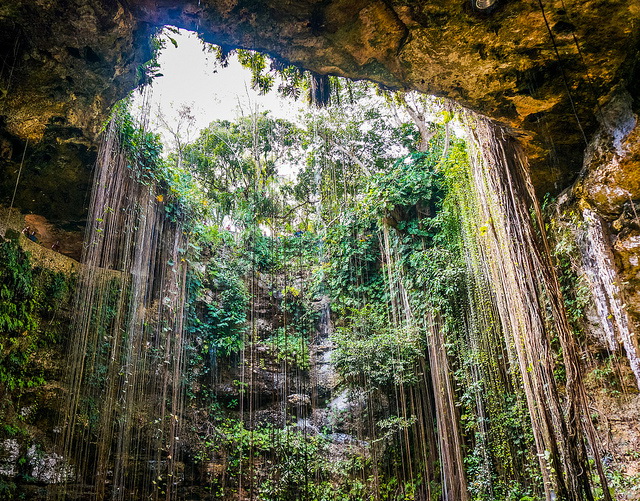 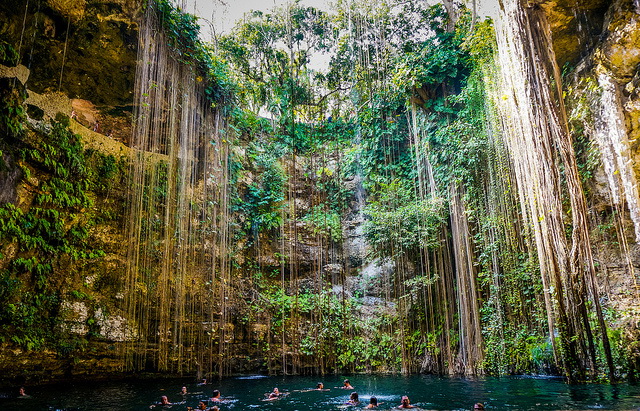 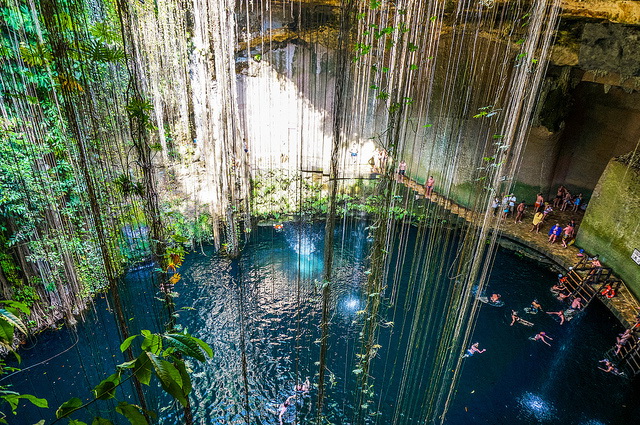 Search for Cenotes and Activities